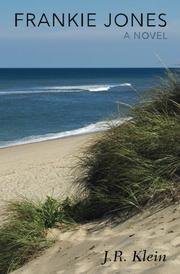 In Klein’s debut novel, a man travels across the country and around the world, searching for happiness and meaning in his life.

After starting out with pitifully few advantages, Frankie Jones enjoys a charmed life as an adult. As a baby, he’s abandoned by his father and orphaned a few years later when his mother dies in a factory fire. At age 16, he leaves his orphanage and gets a busboy job in a St. Louis diner, where he’s mentored by a blues-playing cook and his family. He eventually saves enough money to travel abroad, and he goes on to visit 32 different countries; he also has some love affairs along the way. When he tires of roaming, he returns to the United States and goes to college, where he earns a degree in journalism. In Boston, while working as a newspaper reporter, he meets Mercedes Brewster, the woman he will later consider to be the love of his life. Although they’re from different backgrounds—she’s blue-blooded, and he calls himself the “bastard son of a pauper with no history at all”—it doesn’t stop them from falling in love. But soon his restlessness compels him to travel across the country to take a reporting job in San Diego. There, he pines for Mercedes but finds new opportunities for love and friendship, which leads to a betrayal. As Frankie deals with the consequences of his actions, he contemplates the nuanced differences between elusive happiness and attainable contentment. Klein conveys philosophical ideas with beautifully crafted prose and vivid descriptions, such as “A biting mad-dog wind snapped down the street mean as a blister” and “I watched blindly as the orange sun drowned itself in the ocean and the sky fizzled with sparklers of every shade.” The story, told from a distinctly male point of view, has echoes of the work of Ernest Hemingway, particularly during its spearfishing sequences, which are set in Baja California, Mexico. Frankie also comes across as likable, despite his issues with identity and commitment, and although he discusses much with his friends and lovers, much is left unresolved—as often happens in real life.

An introspective tale of self-discovery that’s worth reading for its lyricism and insights.