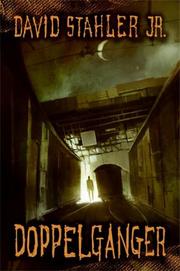 What teenage boy doesn’t feel uncomfortable in his own skin? Who hasn’t wished he could wake up as the high-school football hero, dating the prom queen? Our hero (who goes nameless throughout the majority of the story) suffers from this insecurity more than most: He’s a doppelganger, born to kill humans and then take on his victim’s persona for a period of time before moving on to the next life. Pushed out of his isolated childhood refuge by an uncaring, but true to nature, mother, he takes his first plunge into the world of humans, not wanting to live the life he’s been prepared for, but pushed into it by young bullies. All of a sudden, he is the football hero (if only he could figure out how to play the game) and falling in love with the most beautiful girl at Bakerville High. Things should have been great, but it doesn’t take long for him to realize that walking in someone else’s skin doesn’t mean an easy life, because everyone, even football heroes, has problems. An interesting read that deals with growing pains, peer pressure and making decisions that might be unpopular, but are undoubtedly right. (Fantasy. 12-14)