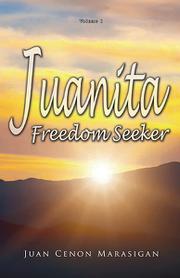 A girl gets the chance to help her family and see how the affluent live in this debut YA novel.

Growing up in “one of the poor areas of San Carlos, a bustling and progressive Latin American city,” Juanita, 16, often takes care of her six younger siblings while her parents, Teresa and Eduardo, work. Despite their poverty, the couple have taught their children to carry themselves with dignity and kindness—but the realities of the neighborhood outside their loving home can be grim. Encounters with dangerous criminals and a lack of money to pay for hospital visits are part of everyday life. Juanita dreams of being able to get a job to help her parents and eventually lift the entire family out of poverty. She tries several times in vain to convince them to let her work at the local convenience store, but they refuse. Then one day, a large limousine enters the neighborhood by mistake. The rich Don Mendez comes into the family’s life with a proposition that could change everything. Juanita bears such a strong resemblance to Mendez’s dead daughter that he wants to bring her home with him and serve as her foster parent. In exchange, he will assist the struggling family. As Juanita enters the wealthy world of Mendez and his wife, one filled with lush decor and foie gras, she begins to question her own worth and fear of being naturally inferior. Always helpful, logical, and striving to do the right thing by her family, Juanita is an admirable role model for teen readers, and her insecurities will certainly ring true for many adolescents. But while Juanita, her family, and even Mendez are benevolent and likable in Marasigan’s charming series opener, their characterizations sometimes fall flat. “What do we need to do in order to prevent this thing from happening again?” Juanita asks her siblings after a very traumatic incident, making her sound less like a real person and more like a two-dimensional example of proper babysitting. The book also ends rather abruptly. The sequel will presumably explore the potential tensions between Juanita’s two very different worlds in greater depth.

A sweet but uneven tale about family and class.