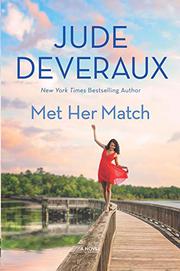 Terri Rayburn is devastated that her perfect man belongs to someone else, but once Nate Taggert realizes that Terri's the one for him, her complicated past still stands in the way of their being together.

Terri is attracted to Nate the moment she lays eyes on him, and soon they fall into an easy partnership at the Virginia lake resort she runs with her father. Nate is upfront about being engaged to the mayor’s daughter, Stacy, but she’s in Europe for a few weeks, and it quickly becomes clear to Terri that Nate and Stacy aren’t a great match. However, Terri, whose mother left when she was 2, has always had a problematic relationship with the citizens of Summer Hill. Since Leslie disappeared, the town gossip has made sure everyone remembers her as a promiscuous vixen, a label which tainted Terri as she got older and made her look like a problem when, as Nate begins to understand, she was really a victim. It’s clear to everyone around them that they are falling in love, but even as Nate realizes it himself, Terri is adamant that they can’t be together. She won’t steal him from the popular Stacy because it would mean she’d never be able to live in Summer Hill, and she won’t abandon her father. Deveraux spins an intriguing and unorthodox romance, continuing her Summer Hill branch of the Taggert/Montgomery series with two characters who have some unique, interesting obstacles in their paths and navigate through them with secrets uncovered and old wounds healed. The story is well plotted, though Nate is unnecessarily oblivious sometimes and the book takes an unexpected swing into romantic suspense territory in the last quarter. The solved mystery resolves Nate and Terri’s conflict, though the villain’s motivations seem a little cartoonish.