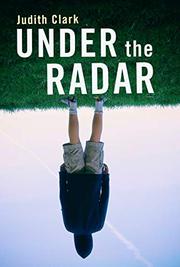 Clark’s novel positions Alberta high school senior, wrestler, and farm kid Gunnar as determined to keep his gay identity private until he graduates. The story balances Gunnar’s self-awareness with concerns over what and who he has to lose, worried as he is that he has nothing in common with the out-and-proud crowd. Armed with a wardrobe update, things change when Gunnar protects an openly gay friend and assumptions about his sexuality swarm. His actions get him barred from sports and kicked out of P.E. Gunnar suspects homophobia is to blame, but he adapts to his new school cooking classes, takes a job with local gay farmers, and focuses on broadening his horizons and being himself. When Gunnar comes out to a friend, he faces some social ostracism but also benefits from gay role models, savvy teachers, and a supportive family. The slow pacing of this rural drama borders on flat, but Gunnar’s brooding inner narrative dovetails nicely with descriptions of the landscape and horseback riding. Unlike Gunnar’s cooking skills, nothing quite reaches a boil, but what the story lacks in tension is made up for in nuanced attention to interpersonal dynamics. Gunnar’s family members are Canadians of Icelandic descent, and most characters are white.

A quiet tale of a young man learning to speak his truth.