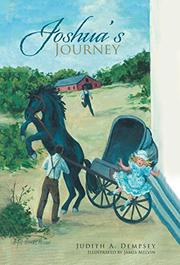 by Judith A. Dempsey

Joshua Jordan may be old, and though his life wasn’t easy, he lived a full one. Born just after the Civil War, Joshua, who’s African-American, was born a free man—the first in his family. After his parents died of cholera, his uncle Levi took him in. Levi works for a surly plantation owner, Captain Bigly, and when 12-year-old Joshua rushes through a job on the plantation, resulting in an accident that leaves Captain Bigley’s daughter, Melinda Mae, in a coma. Joshua goes looking for the Swamp Woman, a local healer, who eventually heals the girl. Seeing the power of the Swamp Woman, Joshua wants to treat patients, too, but he soon finds that the road to becoming a doctor is much harder than he thought. His education is subpar, he doesn’t have money, benefactors abandon him, he faces extreme discrimination, and yet...Joshua still works toward his ultimate goal of practicing medicine. Old Joshua soon realizes that his life isn’t over—there is still another chapter (or even two!) to come. Dempsey (The Butterfly, 2017, etc.) is a keen and ferocious storyteller. Frequent flashbacks guide readers toward the satisfying scene of Joshua’s epiphany. The prose is lush and fulfilling: “I missed my own country, flat and sandy, but filled with pines, magnolias, cypress and live oaks hung with moss. I missed the fields covered with cotton plants, plump with the snow-white puffs of cotton waiting to be picked.” As Joshua recounts his past, it motivates him to encourage youngsters to realize their own purposes. Readers may feel similarly inspired. Though the included illustrations aren’t needed, they add texture.