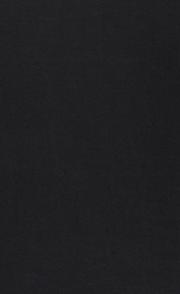 This posthumous collection of essays doesn't work well as a book but is worth reading anyway. Shklar's (Ordinary Vices, 1984, etc.) untimely death in 1992 left a hole in Harvard's political-science department and a project on American political thought unfinished. Two colleagues attempt to address the latter in this volume by presenting 13 of her essays on the subject, only four of which have previously appeared. While the serious, impressive scholarship characteristic of Shklar's work is evident here, however, the result is more frustrating than illuminating. Writing about American political thought has always been problematic: Without great philosophical works to serve as touchstones, scholars are confronted with a wide variety of source material to blend together into a coherent theory. Shklar quite rightly rejects the traditional oversimplifications of consensualism (Americans are all basically liberals) and exceptionalism (American political experience is unique) that have been used to obscure the richness and diversity of American political thought. Unfortunately, her impressive forays into that richness and diversity—exploring figures from Hamilton to Hawthorne, and topics ranging from friendship to rights—yields no general framework that illuminates the whole. The veins of American intellectual history are mined selectively, at times repetitively, and with large areas left untouched. For example, while the Jefferson-Adams correspondence is indeed one of the great treasures of early American political thought, it's introduced and consulted extensively in several essays, while anything beyond a passing mention of a person or event from the postCivil War period is hard to find. Historical description rather than philosophical generalization was always Shklar's strength, but with the time to shape these essays into a book her efforts would have constituted a much more significant contribution to American political thought. It's tragic that this will not occur.