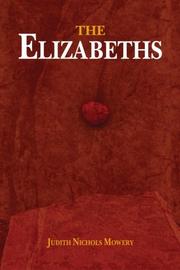 In this cross-dimensional novel, Mowery juxtaposes three versions of Elizabeth Ann Anderson, which differ by much more than haircut.

The month of June packs years’ worth of tension and shock for Liz, Beth and Eliza, each of whom resides in a beach house connected to her childhood. Shortly before each woman loses her past or present significant other, lengthy, unnatural soliloquies or forced flashbacks rattle off their details. Unfortunately, such infodumps, along with sentences lacking much-needed punctuation, detract from a potentially interesting story. Mowery gets the three stories time-coordinated via seemingly unrelated catalyzing events—Liz’s cherished husband, Peter, dies in a plane crash; Beth loses the love of her life, Maxine, to cancer; Eliza murders her philandering ex-husband and his lover (who was also Eliza’s friend), Peg. Eliza congratulates herself not only for failing to digest her daily dose of bipolar-disorder medication—a flub she credits with fueling her murderous act—but also for finding a scapegoat in the form of Peg’s cuckolded husband. She exonerates herself from guilt by promising to do good deeds—a mindset that’s difficult to empathize with. Moving along, Mowery weaves in the equally dramatic (though easier to accept) threads of Liz’s crash course in the secret identities of her deceased husband, as well as Beth’s benevolent intervention on behalf of her niece, a lesbian who recently outed herself. This novel’s intrigue lies in its core scenario: a single individual, traumatized early in life, branches into three women leading parallel lives in overlapping physical space but in distinct dimensions. As they’re meted out, mirrored details and events build suspense that pays off, but not to an impressive degree. In the unpolished narrative style, climactic moments suffer from inconsistent characterization of the Elizabeths and explanations developed in Elizabeth’s unprompted talks to herself. Whittled down to its bare-bones plot, the novel has potential, but for that potential to be realized, expository information needs to be seamlessly incorporated into the narrative, actions and words need to be consistent, and the narrative on the whole needs to be edited for clarity.