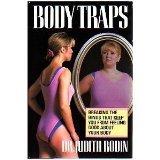 Rodin (Dean of Yale's Graduate School and head of a eating- disorder clinic at Yale) anatomizes women's obsessions with their bodies (with a nod to the occasional male fixation) and offers strategies for breaking these ``body traps.'' Women's concern with their appearance has never been more burdensome than now, Rodin says. This is partly because of the images of perfection incessantly imposed by the media; partly because of the seeming attainability of that perfection through new technology and rigid diet and health regimens; and partly because the new economic opportunities open to women have proved so unsettling to women and men alike that women feel compelled to be even more beautiful to compensate for their increased power. Rodin identifies several ``traps,'' or common forms of obsession—among them, shame at caring so much about ``trivial'' and ``superficial'' matters in the face of more serious global concerns; competition with and belittling of other women; overexercising; and food obsessions, diet mania, and eating disorders. Finally, there is ``The Success Trap,'' in which the woman who has succeeded in attaining a semblance of the ideal of culturally defined beauty dreads that her dramatic weight-loss can't be sustained, or feels bitter that a physical improvement can make such a difference in the way people treat her, or suffers from a sense that she's an imposter. Quizzes aid in targeting one's particular trap, and exercises suggest ways to break out of it. But personal transformation can only go so far, Rodin says; what's needed is for society to reshape its attitudes toward women's beauty. Less brilliant, perhaps, than Naomi Wolf's The Beauty Myth (1991), which covered similar territory—but more generally accessible and helpful.