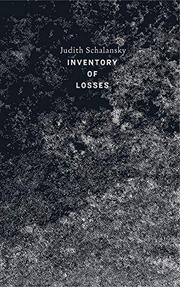 AN INVENTORY OF LOSSES

Objects, animals, and places that no longer exist, except in our collective imagination.

Schalansky’s fifth book is a collection of beautifully constructed stories about objects that have not survived the test of time. “Being alive means experiencing loss,” Schalansky writes, and the world has experienced much loss. Animals, people, and places that once existed are now only memories due to inevitable decay, colonialism, the cleansing of records, and natural disasters. While in Schalansky’s previous book, Atlas of Remote Islands (2010), she wrote of remote havens that remain difficult to reach even with modern travel, here she depicts the animals, people, and places that are only known through what details have been recorded or remembered. From fragments of Sappho’s poems to a submerged South Pacific island, from the extinct Caspian tiger to the lost films of Friedrich Wilhelm Murnau, Schalansky brings us to the fantastical worlds of gladiator rings in ancient Rome, the ruins of a 19th-century German palace, and the surface of the moon. Tying the stories together are Schalansky’s evocative, precise descriptions and the sense of wonder in confronting the sheer immensity of what has been lost. “The world...only grieves for what it knows,” she writes. Schalansky documents her chosen objects with utmost care while relying on myth as she moves beyond what we know for fact to what we might imagine. “For myth is the highest of all realities and...the library the true theater of world events.” Schalansky’s meticulously researched stories are poignant reminders of the extent of our impact on the natural world and a call to honor the animals, objects, and places that, due to our own negligence, have ceased to exist.

An exploration of extinct animals and objects told through dazzling stories that question the bounds of memory and myth.