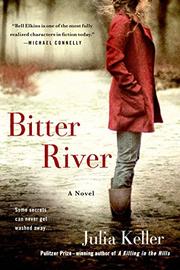 Bell Elkins grew up poor in Acker’s Gap, made a success of her life against all odds, married a local boy, made good and moved on to a high-paying job in Washington before giving it all up and returning to her mountain town. Now, her teen daughter is living with her father in D.C. after her involvement with one of Bell’s cases almost proved the death of her. Bell, who loves her job and her beautiful, dirt-poor hometown, is waiting hopefully for her sister, who killed their father in order to protect Bell, to come back home after her release from prison. While she waits, she and her friend Sheriff Nick Fogelsong have a tough case to solve: the murder of a promising high school student, Lucinda Trimble, who refused to give up her unborn baby. Lucinda’s mother is a flower child who ekes out a living selling folk art to tourists, her father a high school bad boy, always in trouble, who still cares for the daughter he deserted years ago. The high school sweetheart Lucinda was set to marry becomes a suspect, along with the members of his disapproving family. Meanwhile, Bell’s latest romantic interest loses a leg when the town’s popular restaurant is blown to smithereens (accident? bomb?), killing several of her friends. And she must cope with an old friend, a former CIA interrogator, who needs to spend some time in a peaceful setting but may be bringing his dangerous past with him.

A worthy follow-up to Bell’s debut (A Killing in the Hills, 2012): a literate, gritty, character-driven tale with another surprise ending.