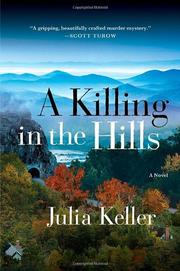 A KILLING IN THE HILLS

A tough prosecutor who’s trying to make a difference in the lives of West Virginians suddenly finds her own life in shambles.

Whatever plans Bell Elkins made for herself as a child growing up near the town of Acker’s Gap ended when her older sister killed their father. From that point on, Bell was brought up in various foster homes. After intelligence and determination got her through law school, she and her husband, fellow attorney Sam Elkins, found high-paying jobs in Washington until Bell, tired of their shallow lifestyle, returned with their daughter Carla to West Virginia. When Carla, who’s changed from a delightful little girl to a sulky teen, witnesses the murder of three old men at a local fast-food joint, her love-hate relationship with Bell becomes worse, especially since she recognizes the killer as someone she saw at an alcohol- and drug-laced party she can’t mention to her mother. Bell and her longtime friend Sheriff Nick Fogelsong have been fighting a losing battle against the drug kingpin whose dealers are feasting on the misery of the poor and often-desperate population. So it’s only natural that they suspect these killings are drug-related. In addition, Bell has to decide if she wants to prosecute a mentally challenged young man accused of killing a child he often played with. Even with her own life in danger, Bell won’t back down.

A fictional debut for a Pulitzer Prize–winning journalist, born and raised in West Virginia, whose love for the state, filled with natural beauty and deep poverty, pervades a mystery that has plenty of twists and turns and a shocking conclusion.