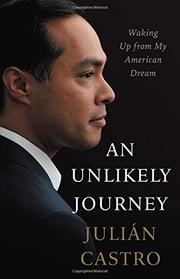 Waking Up from My American Dream

The former San Antonio mayor and Secretary of Housing and Urban Development tells the story of how he rose from humble origins to live the American dream.

Born to Chicano activist parents, Castro and his twin brother, Joaquín, grew up in a household where both were taught “the importance of political engagement” from an early age. They also grew up imbibing the “trifecta of…religion, cooking and stories” provided to them by their Mexican grandmother, who had first crossed into the United States as an orphan in the early 1920s. Their father eventually left the family; undaunted, Castro’s mother completed a master’s program in urban studies and worked at an internship with the City of San Antonio while raising her sons and caring for an aging mother. The difficulties the brothers faced at home forced them to learn “how to support each other without a parent around” and helped them overcome their ongoing rivalry. Determined to fulfill their mother’s wishes that they “reach as high as [they] possibly could,” they graduated high school near the top of their class and entered Stanford University. There, they continued to excel and won election to the student senate. Before the brothers went on to attend Harvard Law School, the author briefly taught high school in San Antonio in a working-class Mexican-American neighborhood similar to the ones he had known as a child. The experience left him determined to use his education to help ordinary citizens and especially Mexican-Americans. He and Joaquín returned to San Antonio to work as lawyers and begin careers in politics. Joaquín went on to win a seat in the House of Representatives while the author became mayor and then joined the Barack Obama administration as HUD secretary. Eloquent in its simplicity, Castro’s book offers a moving account of immigrant success that seeks to encourage all Americans to continue the fight against government injustice toward immigrants.