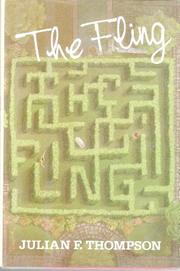 Life imitates art in this latest from the author of several clever teen novels (Herb Seasoning, 1990). High school junior and aspiring author Felicia Gordon discovers that incidents in a short story she's writing are anticipating, loosely but definitely, real events. Having described a character based on her friend Allison being led to a sanctuary for young people, Felicia learns that Allison has in fact moved in with older neighbor Kate Mycroft. Al invites Felicia to join her; on arrival she finds two young men in residence—reclusive, wild-looking David Mycroft, who has scars on his wrists, and rich, hunky classmate Malcolm. The ensuing idyll has a Shakespearean air; David and Al sneak out for midnight skinny-dipping, Malcolm and Felicia make out in a garden maze, and the mystery of who David actually is deepens as he and Kate deliver conflicting stories about his scars. Thompson's intelligent cast, frequent literary references (including some oblique ones to his own books), and witty wordplay (``I kept thinking `terra firma' as we ground ourselves against each other,'' Felicia writes) give the tale an ironic, cerebral tone that's well matched to the plot's comic turns but no preparation for the abrupt climax. The finish Felicia pens (her two main characters chuck the men and depart from Sanctuary with a large, lovable dog) seems truer to the rest of the story. An ambiguous, rather dark comedy. (Fiction. YA)