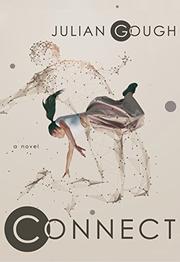 A teenager rewires his brain to ramp up his cognitive skills in this near-future techno-thriller. Improving his emotional intelligence is a bigger challenge.

Colt, the central figure in this propulsive but baggy yarn by Gough (Juno & Juliet, 2001, etc.), is the product of a broken home. He lives in Las Vegas with his mom, Naomi, a brilliant biologist whose findings on a process for regenerating human tissue are confiscated by the government security agency where her ex, Ryan, works. Colt spends most of his time under the carapace of a virtual reality helmet, busily programming a virtual place to escape “crapworld” (which becomes slightly less crappy when he meets a female fellow programmer). Putting mom’s research to work, Colt attempts to apply the tissue-growth process to his own brain, an act that nearly kills him but gives him superhuman computing powers. That makes him of interest to the military, but his new algorithm doesn’t address everyday foibles. (“You have to take into account human stupidity,” Gough writes. “Because it’s a constant.”) Gough uses this setup to braid two thematic threads: One involves Colt’s developing capacity to express emotion; the other involves the way technology becomes self-consuming and malevolent without that capacity. Plotwise, that pits mom and son against dad, and in the closing pages, standard-issue gunplay and explosions give way to a woolier conflagration between Colt’s “gameworld” and the military’s “immune system.” Undergirding all this is Gough’s repeatedly evoking the command of the book’s title, recalling E.M. Forster’s command to “only connect” (though Gough's taste in literary quotations favors science-fiction writers like Philip K. Dick). His plea is hard to dispute, and though he delivers it with speed—punchy, one-sentence paragraphs abound—set pieces that endanger and then rescue Colt get repetitive, and the central romance, ironically, gets short shrift.

A thought-provoking if attenuated mix of head and heart.