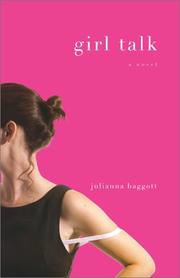 The year she turns 30, Lissy Jablonski, the narrator, is pregnant with a married man’s child; a long-ago sweetheart, Church Fiske, arrives at her New York City apartment; and her father, a gynecologist, dies. These three events trigger Lissy’s reexamination of her past, especially “the summer that never happened,” her 15th year when Lissy’s father ran off to Arizona with a redhead; Lissy’s mother informed her that her father was not her real father; and Lissy met Church Fiske. That was the summer of “girl talk”: the restless nights when Lissy’s mother filled her in on the truth of her own and Lissy’s past. Lissy’s account braids together exploration of that past with confrontations in the present as she attempts to answer a few important questions: How did she get where she is, and what does she do now? That teenaged year was highlighted by a road trip from New Hampshire, where she grew up, to Cape Cod, where she met the aristocratic but effete Fiske family, to Bayonne, New Jersey, where her mother hailed from and where Lissy’s biological grandfather Dino, a midlevel mafioso, still lives. Now, in her 30th year, Lissy faces single motherhood and the disappointment, if not humiliation, of Church’s falling for and marrying the roommate Lissy only recently dispossessed, a Korean stripper named Kitty Hawk. The 15 years between past and present are animated by various experiences with men who represent elements of one father or the other, either the gynecologist or the supermale hunk.

The stuff of farce, but Baggott’s deft movement of her material is often lyrical and poignant rather that just kooky—and Lissy’s consciousness is clearly enough realized so that the end of her tale doesn’t fail to move.