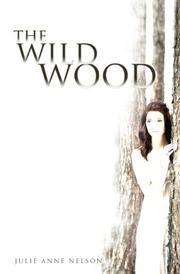 A debut YA novel set in a world of suspicion and violence, narrated by a condemned girl who suffers for the sake of her peers.

Cecily Daye is a seemingly average teenage girl. She lives on her family’s farm with her parents and brother, Dusty, in the fictional country of Stoughton. She has the requisite best friend, Laura Hardy; cranky teacher, Mrs. Dumphry; and adoring boyfriend, Nate Rowe. This semblance of normalcy is at risk, because Cecily is one of the sevens: seven girls “born on July seventeenth at seven-forty-seven p.m.,” who are expected “to become evil” on their 17th birthdays. Pastor Rowe, the hatred-spouting, whip-wielding religious leader of the town of Dunlowe, sees this as a clear indication of evil. “I believe she is trying to be good, but I believe she will fail,” the pastor says of Cecily. In his effort to keep the sevens’ evil at bay, he burdens the girls with a multitude of restrictions—known as “the traditions”—barring them from spending any time together lest they use their purported powers to collude against the town. When Laura dies on Cecily’s 17th birthday, Cecily bears the blame. Pastor Rowe places her in a pillory. The discipline escalates when Cecily makes a false confession in order to protect the other sevens, whom she eventually calls her sisters. Her public whipping galvanizes the girls’ resolve to flee the town that is positioned against them. The sevens’ adventures and revelations are portrayed with plentiful detail, but over time, the story weakens from too many elements. The town of Dunlowe, shivering under Pastor Rowe’s rule, is sufficiently enigmatic—not to mention terrifying—to create suspense and deliver thrills. When the sevens enter the Wild Wood—a forbidden area south of Dunlowe—they encounter monsters and immortals from a place called Darienne. Questions about their identity are finally answered, but the thoroughness of the answers is a disservice to the tale: The uncertainty is part of the fun.

A suspenseful story about friends, family and sacrifice.