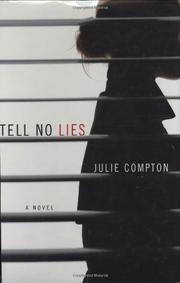 A lawyer’s life is dramatically changed by a series of ethical dilemmas.

Jack Hilliard has a wonderful wife, two children and a job he loves as assistant DA of St. Louis. When his boss moves to a lucrative new position, he suggests that Jack would be perfect for his job. Jack is hesitant—his position on the death penalty makes him an unlikely candidate—but his boss and the party bigwigs suggest he can finesse his opposition without actually lying. His wife, another lawyer, is doubtful, but his old friend and confidante Jenny Dodson, to whom he has been attracted ever since they worked at the same law firm, pushes him to abandon his principles and accept the challenge. Feeling that the job would give him numerous opportunities to do good, he puts aside his doubts and wins the election. After an alcohol-fueled kiss leads to a night with Jenny, Jack’s life is set on the road to destruction. Jenny, who recently revealed a horrifying secret, is arrested for murdering one of her clients on the night Jack was with her. Although Jenny begs him to hold back for the sake of his marriage and career, he goes to the police to provide her with an alibi. Soon enough, his dubious decisions come back to haunt him.

Compton’s debut is a taut, tense cautionary tale complete with courtroom drama and a surprise ending.