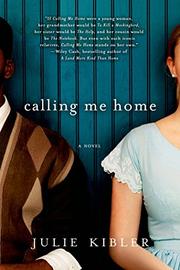 From East Texas to Cincinnati, from present-day racism to 1930s segregation, Isabelle and Dorrie travel together, a most unlikely pair of companions, and their stories unfold.

After having been Isabelle’s hairdresser for a decade, Dorrie thinks she knows Isabelle pretty well, even though Isabelle is a 90-something white woman and she is a 30-something black woman and even though Isabelle grew up privileged and she has struggled to begin her own shop. Over time, the women have bonded over shared stories, stories about Dorrie’s divorce and Isabelle’s favorite soap operas. And over time, they have become friends. Yet, when Isabelle asks Dorrie to drive her cross-country to a funeral, Dorrie is taken aback. It’s easy enough to ask her mother to care for her children, but telling Teague, her new boyfriend, is another matter. Their relationship is still new, still tentative, and Dorrie has been burned by men too often. Once on the road, Isabelle’s most secret story comes out. Growing up in a town that persecuted blacks who dared to stay after sunset, and under the thumb of a mother watching her daughter’s every movement, Isabelle was the last young woman the people of Shalerville, Ky., might have expected to fall in love with a black man. The repercussions of their love shattered their lives, their families, their futures. Yet, their story isn't finished, and Dorrie wonders what lingers and whose funeral they are headed toward. As she puts the puzzle of Isabelle together, Dorrie has worries of her own. Can she trust Teague? Why have her son and his girlfriend stopped planning for the prom? Kibler’s unsentimental eye makes the problems faced unflinchingly by these women ring true.

Love and family defy the expected in this engaging tale.