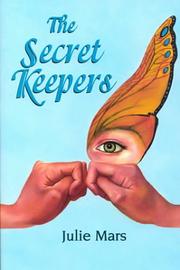 A sometimes rough-edged first novel charts the rocky road that three characters, maimed by their pasts, take to confession and understanding.

When Steve Dant, a recovering drug addict now working for a New York literary quarterly, notices Christine Timberlake at the local post office, he soon finds himself drawn to her beauty. Each week when he mails the office correspondence, he observes Christine arriving at the same time to retrieve anxiously from her box a slim envelope. Then there’s Steve. Steve has no friends and has deliberately kept to himself as he fights his demons by jogging regularly, watching videos, and going to museums on weekends, but he can't keep away from Christine. When she drops her keys accidentally, he picks them up, has them copied, and while she’s at work—she tends a local bar—checks out her apartment. Christine, recently divorced from restaurant-owner Parker Horton, is terrified that Parker will find Petra, their mentally ill young daughter whose condition, Christine believes, was caused by incest. When Parker, desperate to see Petra, hires a p.i. to trail Christine, and Steve, now in love with her and eager to help, discovers where Petra is, the action speeds up. As Christine recovers from a brutal robbery and assault, Steve, followed by the detective heads to Cape Cod, where Petra is hospitalized. There, fearful that the p.i. will take Petra back to Parker, he persuades the authorities to release her into his care. Meanwhile, as a terrified Parker and Christine cooperate to recover her daughter, they revisit their unhappy pasts and confess their secret (and, alas, unsurprising) fears. By the close, Steve will also begin to have a better sense of himself and his past.