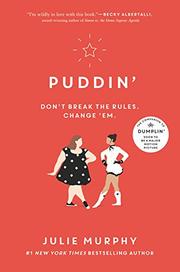 Vandalism throws a teen of unflagging cheer into regular contact with her polar opposite in this novel told in alternating first-person chapters.

Millie’s decided to end her nine-year stint at weight-loss summer camp: She’s fine being fat, which weight-loss camp hasn’t changed anyway. Instead, she’s applying—behind her parents’ backs—to a broadcast journalism program. Meanwhile, she’s bouncily organizing sleepovers with her friends and flirting with Malik, an attractive South Asian boy at school. But when Millie’s aunt and uncle’s gym is vandalized by the dance team after being forced by poor profits to withdraw its sponsorship, the only team member to get caught—and required to work alongside Millie at the gym—is Callie Reyes, whose prickly affect stands in contrast to Millie’s sunny optimism. Callie is grappling with being biracial while living with her racially unaware white mother, stepfather, and half sister. Speaking little Spanish, she sometimes feels out of place with other Mexican-Americans yet frequently experiences casual racism from strangers and her exploitative boyfriend. And the supposed everlasting sisterhood of her fellow dance team members falls at the first hurdle. Millie’s oblivious arrogance toward a friend who comes out as asexual and toward Callie over racial identity is handled far too perfunctorily, but Murphy’s plot brims with unlikely friendships, irresistible romance, fabulous fat acceptance, and a kick-ass ending.