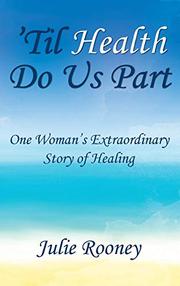 'TIL HEALTH DO US PART

In this well-crafted memoir, debut author Rooney chronicles her journey toward holistic wellness as she healed from a host of debilitating diseases and years of “emotional malnutrition.”

At age 49, Rooney “was being treated for a laundry list of auto-immune diseases,” and her family was falling apart. As she paints this bleak picture, she introduces readers to her past through flashbacks—physical and sexual abuse as a child, her joyful marriage disintegrating as her husband’s career progressed, and dozens of doctors piling on diagnoses and medications. In 2010, Rooney’s life took a life-altering turn when she moved to Hawaii and met Xavier, a shrewd, composed Eastern healer who guided her toward health. With his help, she separated herself from the “toxic environment” of her family, established a healthy diet, and learned to nurture herself. But the biggest hurdle was weaning herself from the heavy medications she had become dependent on for years (prescribed “by licensed drug dealers,” as Xavier puts it). As she made monumental strides to improve physically, she also engaged in the grueling emotional work of overcoming the “pattern of self-destruction rooted in an inability to love [herself].” Rooney’s writing style is genuine and engaging; short chapters keep the pace lively. She casts herself as a skeptic of Xavier’s suggestions and highly stubborn in implementing them, which adds some levity: “Do I really have to love myself unconditionally to get well?” she asks. “Can’t we just double up on the acupuncture and…sing a rousing rendition of Kumbaya?” It also makes her a particularly effective advocate of alternative medicine for critics who hold the same views she once held. Lastly, she captures Xavier’s advice in memorable stories and phrases, like his observation that in healing, “there’s a point…where you stop swimming away from something and begin to swim toward something.”

An astonishing yet plausible story of recovery told with authenticity and a healthy dose of humor.