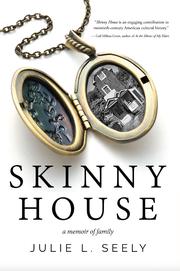 A Memoir of Family

This debut family biography tells the story of the author’s grandfather, a homebuilder who built a 10-foot-wide, three-story house after losing everything in the Great Depression.

In 1932, after losing his business, Nathan Seely, one of the first African-American homebuilding business owners in New York, drafted a blueprint and singlehandedly built the titular house in Mamaroneck out of scrap materials, which saved the family from homelessness. However, it failed to salvage Nathan and Lillian’s troubled marriage. Nathan was a man who defined himself by his work, and by working for himself. For many years, he and his brother Willard ran a successful construction business, aimed at building affordable houses for African-American people. Lillian, who’d become accustomed to living in a big house during prosperous times, felt that he should have tried other lines of work. Meanwhile, differences between the gregarious Nathan and his introverted son, Tom, were exacerbated by Tom’s lack of interest in the building trades, and the spartan conditions of life in the Skinny House. Author Seely’s interest in her family history was piqued by the architectural oddity of the titular house, as well as the fact that her own father rarely smiled in early family photos. She knew that he and her grandfather were estranged, but she didn’t know why, so in 1998 she became determined to pursue the mystery. The result is a history that reads very much like a novel, and the extensive citations and photos only enhance the reading experience. Along the way, Seely meticulously reconstructs her family’s story, setting it against the backdrop of the Harlem Renaissance, Prohibition, and World War II. Although she knew some family members only through research and anecdote, she turns them all into living, breathing human beings on the page, including such vivid secondary characters as her Aunt Sug.

A great read for historians that will also appeal to anyone who enjoys a first-rate family saga.