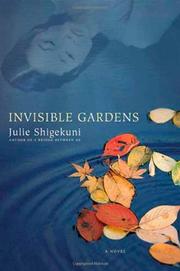 A steamy tale of an affair that holds the threat of destruction, in Shigekumi’s follow-up to her debut (A Bridge Between Us, 1995).

Lily Soto has a perfect life—doesn’t she? Well, calm and lovely as it may have been (“They would take a day trip, skim across the surface of a sea so peaceful that waves lapped but did not rise up”), life with Joseph has come to feel about as attractive as his job at the morgue. Which isn’t to say that Lily can’t grow aroused watching her husband perform an autopsy—she can and does—but only that something’s missing. That missing thing arrives in the form of Perish, a colleague who announces his obsession with Lily. Lily is still breast-feeding her youngest, yet just the idea of this unlikely love—he’s married, too—triggers a torrid affair. Perish is missing a leg, but that’s somehow part of his allure (“Like the leg that isn’t there, what is missing and hidden defines the space between them”). Lily’s love for Joseph continues to diminish, a pattern not helped by her senile live-in father, who sometimes sneaks tumesce’d into the bedroom to watch the failing couple make love. Divorce looms as things grow worse, but then one day Lily has a seizure in public and, because of his missing leg, Perish is unable to help her. She winds up in the hospital, where a rape kit shows semen and possible rape. Will the lovers get caught red-handed? Or might Lily really have been raped, despite Perish’s insistence that he watched her every minute until the ambulance arrived? When the affair ends, only ghosts, corpses, and love on the brink of death will be left behind: “Now the world takes shape in the garden, where tomatoes with worm holes the size of dimes shrivel on the vine, bugs eat the unpicked squash, and weeds grow between the furrows . . . .”

As sexy and brief as the love it describes.