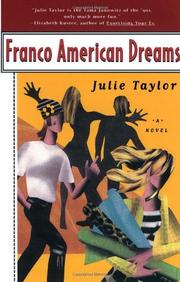 A fun, frantic, and energetic first novel that shows genuine promise. Fledgling fashion designer (and Dallas Design Institute student) Abbie McPherson, who narrates, is 20, single, and ready- -after the usual bad experiences with the wrong kinds of men—to tackle life as a ``free woman.'' Unfortunately for her resolution, however, she quickly meets a wasted but utterly hot guy named Franco Richards at a New Year's party. Abbie knows Franco's not what she's promised herself she'd look for in her next relationship, but she's smitten hard and therefore willing, yet again, to overlook Franco's neglect, boozing, and lack of ambition. Meanwhile, her final project—a 30-outfit fashion show—is due by the end of the semester; Georgette, her roommate, has decided she's now ``Gigi,'' complete with breast implants, a wardrobe transformation, and a whole new look; and her best friend, the flamboyantly gay Pat, is being cheated on by his gorgeous boyfriend Sal. It doesn't help that Abbie is still a smidgen hung-up on her Franco-like ex, Parker, or that Franco turns out to have a deep, dark secret in his own closet. With flair, gumption, and a lot of hard work, Abbie manages to be there for Pat and Gigi, maintain her close family ties, come up with a to-die-for collection, and deal with Franco, ultimately, in the way he deserves. Taylor's debut is rough in spots and trite in others, but her voice is honest and refreshing and her whirlwind, conversational style a breath of fresh air.