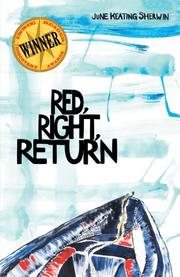 In Sherwin’s debut middle-grade novel, a young boy and his sister do battle with a band of treasure hunters in the Florida Keys.

During their summer vacation in the Florida Keys, 11-year-old Chad Hatcher and his sensible older sister, Gene, venture out on their own for the first time to a reef off of Cudjoe Key. While Gene is concerned about a looming storm cloud, Chad is busy snapping photos of a nearby boat. Onboard, suspicious-looking looters appear to be hauling up pieces of treasure from the water. Are these scruffy men stealing gold medallions and pirates’ booty from an ancient Spanish shipwreck below or is Chad’s imagination in overdrive? Sherwin’s characters will be easily identifiable yet relatable to young-adult readers: Gene is the reluctant, responsible sidekick dragged into hero Chad’s noble but dangerous quest. The tropical setting is menacing, as killer storms rage overhead and natural elements hover with deadly threats. Nonstop action sequences build tension and keep readers engaged in a plot with a heady pace. Although Chad is a formidable hero and his desire to defend the protected reef is admirable, his characterization could benefit from more depth. When his overzealous actions nearly cost him and Gene their lives, readers might find Chad more believable if he expressed a measure of vulnerability amid the dire circumstances—or at least some self-awareness that his actions were reckless. Overall, though, the sunken-treasure story line blends well with the assortment of maritime facts in this terrific tall tale.