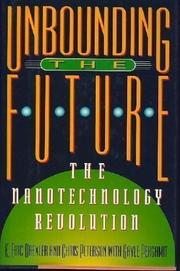 More speculation on the implications of nanotechnology—the manufacture of objects from the atoms up—that is likely, say the authors, to profoundly alter within our lifetimes the course of modern medicine, warfare, the environment, and the world economy. Peterson and Pergamit were collaborators on Drexler's previous Engines of Creation (1986). Five years have passed since Drexler, an MIT graduate and now a Stanford Visiting Scholar, first announced in the popular media the coming of molecule-sized machines that could not only produce extremely reliable, uniform, recyclable, inexpensive, and ``smart'' products (housepaint that smooths and cleans itself; molecular machines that identify and destroy cancer cells; microscopic concoctions that break pollutants down into harmless components) but also could supplant the earth's petroleum-based manufacturing industry with enormously more energy-efficient, precise, and environmentally safe methods. Such technology is not only already technically feasible, the authors claim, but its development, which would dwarf the computer and communications revolutions and could enable Third World countries to skip the dreaded industrial phase of development altogether, is practically a foregone conclusion. Economic competition demands a more concerted and better-funded research-and-development effort by the US (Japan's Tokyo Institute of Technology is already actively exploring nanotechnology's possibilities), while the new technology's potential for revolutionizing weapons manufacture demands public thought and discussion now—before the revolution takes place. Extreme oversimplification of the technical descriptions may be off-putting to readers with more than a high-school education, but intriguing discussions of ethical issues and several sobering future-world scenarios render this an important and provocative bulletin from exploratory engineering's front lines.