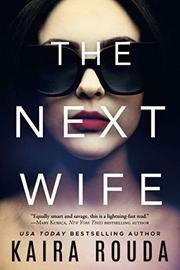 Rouda hits the ground running and never stops in this cage battle, fueled by resentment and rage, between a wealthy CEO’s first and second wives.

The meeting to celebrate the initial public offering of EventCo, the highly successful social-arrangement corporation founded by John and Kate Nelson, is a festive celebration that barely conceals the simmering rivalry between Kate and John’s second wife, Tish, who’s only four years older than his daughter, college senior Ashlyn. No sooner have the corks been popped than Tish triumphantly whisks her exhausted husband off from the Columbus suburb of Grandville to their house in Telluride for a weekend away that John never returns from. More precisely, he returns in an urn after Tish, defying his long-standing burial plans, orders his remains cremated following his fatal heart attack. Now that John’s dead, you might think the war between his two wives would wind down. In the practiced hands of Rouda, though, hostilities continue to heat up. Both wives jockey to line up influential allies at the funeral. Each wife tries to get the other one ejected from EventCo’s headquarters. Each produces a will tilted heavily in her favor. And when Ashlyn, whom Tish befriended in an attempt to move up the ladder after she was hired as John’s executive assistant, makes it clear that she stands with her mother, Tish digs deeper into her nefarious bag of tricks. The clash of these titans, whose superpowers would make them right at home in the comic-book universe if they’d just turn in their designer outfits for masks and capes, is so much fun that you’ll be sorry to see it end with a final pair of zingers.

The guiltiest of guilty pleasures.