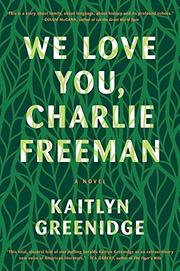 WE LOVE YOU, CHARLIE FREEMAN

In Greenidge’s debut novel, an African-American family is hired by a private research institute to “adopt” a chimpanzee and teach the animal sign language.

Charlotte Freeman, the older of two teenage daughters, is less than enthused about her parents’ decision—which means moving from their south Boston home to take up residence at the remote Toneybee Institute for Ape Research. Greenidge proves herself a master of dialogue, which helps her craft engaging, well-drawn characters. "All our pets die," Charlotte says, protesting the imminent move-in with the chimpanzee. "We’re no good with animals." But Charlotte’s mother, Laurel, maintains the chimpanzee is not meant to be a pet: "He’ll be like a brother to you," she proclaims; as a sign language teacher, Laurel is the one who will be responsible for the chimpanzee’s education. But as the book cuts between the present and the past, the racially exploitative history of the research institute is revealed, and the family’s life spirals out of control. This is not surprising: there's a long racist history in the United States of comparing black Americans to monkeys—beginning with the exhibitions of Africans side by side with orangutans in the monkey houses of zoos in the early part of the 20th century and leading up to the present day, when African-Americans, including President Barack Obama and first lady Michelle Obama, are still repeatedly called “apes” and “monkeys.” But with humor, irony, and wit, Greenidge tackles this sensitive subject and crafts a light but deeply respectful take on this heavy aspect of America’s treatment of black people. This is a timely work, full of disturbing but necessary observations.

A vivid and poignant coming-of-age story that is also an important exploration of family, race, and history.