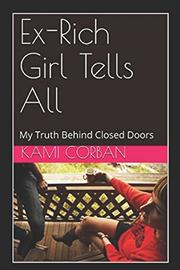 My truth behind closed doors

A woman starts over after losing her sense of security in this gritty memoir of survival and growth.

Corban’s brutally honest, revealing story follows her physical and emotional journey when she reaches an unforeseen impasse. Growing up as one of four privileged children, she had seemingly every opportunity open to her. Her parents’ wealth afforded her a sense of security and even royalty, but it didn’t mask her parents’ unhappiness. The night before her graduation from Duke University, Corban was shocked to discover—via a postscript at the end of a note from her mother—that her parents would be divorcing. Mind reeling, Corban escaped to London, where her boyfriend, Tucker, had just moved and where she hoped to find her own happy ending. But, Corban discovered, running from one relationship to another didn’t provide the comfort she craved; in fact, her boyfriend and supposed future husband had moved in with someone else. As the doors slammed around her, she learned to take care of herself in ways she never had to before. Corban’s explorations include a devastating stay in a cold convent, a disastrous waitressing job at a high-end hotel in England and a stint as a resident director at Western Carolina University. But as she moves from job to job and state to state, one thing remains with her: the haunting sense that her family left her with wounds that won’t heal until she faces them. Set against the blunt backdrop of family conflict, Corban’s story resonates as a coming-of-age tale that looks at finding the wherewithal and strength to provide for yourself when no one else will. Told in a straightforward, plainspoken manner, this smooth read unfurls with moments of humor, pathos and inspiration.

An honest, affecting journey of self-discovery.