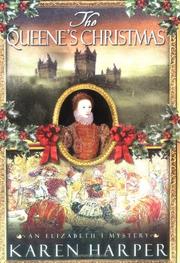 A killer with a flair for the theatrical tries to spoil Christmas for Elizabeth I.

With the return of her beloved Robin Dudley from Scotland (where her rival Mary Stuart has rejected a marriage proposal), Queen Elizabeth looks forward to an idyllic Christmas. Her subtle plot against Mary is half-complete; come the New Year, she’ll send foppish Lord Darnley to woo the Scottish queen. Meantime, she prepares menus and events for the Yuletide season. The former includes mummings, directed by her Master of Revels Ned Topside, a former actor. Ned has designs on the queen’s closest confidante, Meg Mulligrew, and the attraction is mutual, though Meg is betrothed to stalwart, dull Stephen Jenks. A bizarre incident casts a pall over the revels. Hodge Thatcher, in charge of food preparation, is found dead and trussed like a bird, complete with feathers, hanging in the kitchen. The contents of a nearby note imply suicide, but Elizabeth isn’t certain. Late at night, after she and her trusted advisor Robert Cecil have sneaked to the corpse’s location to examine it, someone tries to burn up both them and the body—evidence enough that it was murder. More crimes follow, many with devilish accompanying notes. Eventually Elizabeth must think like the killer to trap him.