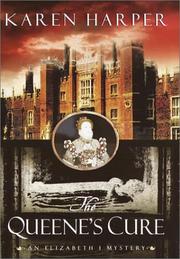 Chastened by the near-loss of her throne after the Amy Robsart–Robin Dudley scandal in 1561, Elizabeth Tudor turns her attention away from the desires of her body and focuses on its health and that of the body politic. As pox and plots erupt all around—all too close when barriers are breached by a pox-marked effigy that lands in her carriage and a pox-marked body in her walled garden—she finds herself terrified, beset, and more solitary than ever. She keeps former heartthrob Dudley at arm’s length after the notoriety of his wife’s death and exiles or imprisons royal Greys and Stewarts for plots against her. In the face of disease, Elizabeth needs her trusted herbalist Meg Milligrew (The Tidal Poole, 2000, etc.), earlier sent from court for hiding secrets about her past life. She certainly doesn’t trust physicians from the Royal College. Drs. Peter Pascal and John Caius are not only hair-shirt–wearing papists, they ignore their duties in favor of abusing apothecaries like Meg and shunning progressive Dr. Marcus Clerewell for his infectious–water-droplet theory of pestilence. All these players abuse their powers, and each other, until the sleuthing Elizabeth lands in a sick bed and readers sort out a medieval melodrama.

Harper makes clever use of historical data—the thematic possibilities of a disturbing wax doll, disease, and the martyred Sir Thomas More—but buries a promising medical/political mystery beneath mad villainy; an inviting puzzle beneath too many lost voices, children, and wives; and engaging characters beneath queenly ranting and a too-obvious red herring.