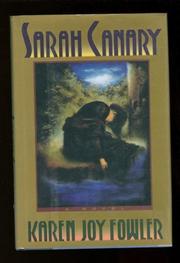 Fowler's remarkable debut recounts the 19-century adventures of a mysterious wild woman—and of the Chinese railway worker, insane-asylum escapee, suffragette, and exhibiter of circus freaks who pursue her through the Washington Territory—in this baroque tale of mystery, cruelty, and wonder as bombastically excessive as Barnum and Bailey itself. No one in Chin Ah Kin's half-hidden campsite in Washington Territory wants to acknowledge the presence of the dirty, shockingly bad-looking white woman who hovers at the edge of their forest clearing. White women mean trouble to Chinese railworkers, some of whom are being killed for sport in the larger California cities. When the woman begins warbling, singing, and babbling loudly, though, Chin's uncle orders him to escort the woman back to the nearby insane asylum from which she obviously came. Chin obeys, and so begins a wild-goose chase that leads the dutiful Chinaman through terrifying forests, into confinement at the asylum, into jail (where he must hang an Indian to buy his own freedom), and through countless other escapades he never would have imagined or wished for. Who is the mysterious Sarah Canary, so called because of her disturbing, nonsensical warbling? Each new encounter brings a fresh invention of Sarah's past: an exhibiter of freaks claims that Sarah was raised by wolves in Alaska. Adelaide Dixon, solitary and opinionated suffragette, claims that she's on the lam after murdering her abusive husband. To Chin, Sarah is an ever-elusive mystery, captivating in her very unresponsiveness to other mortals and in her determination to remain free. A fascinating romp, in which actual events are so cleverly intertwined with the author's fanciful inventions that the reader grows unsure which to disbelieve.*justify no*