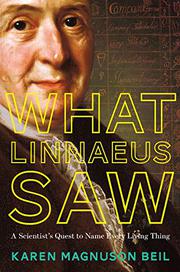 A Scientist's Quest to Name and Catalog Every Living Thing

Carl Linnaeus (1707-1778) was responsible for developing a method for classifying and naming plants and animals that remains in use today.

Linnaeus, born in Sweden, was an indifferent student, showing a complete lack of enthusiasm for the career in the ministry his parents intended he follow. It was nature that sparked his interest and eventually drove his future path to become a physician and, more importantly, a naturalist and influential college professor who inspired many of the next generation of scientists. It had been clear to Linnaeus from his youth that the study of the natural world badly needed a uniform method for organizing discoveries. After examining several existing methods, all of them significantly flawed, Linnaeus used his thorough understanding of nature to craft logical methods of classification and naming. They were quickly recognized by many European scientists as inspired methods for managing the complexity of the natural world, coming at a critical time when European explorations were resulting in myriad discoveries new to them. Beil’s enthusiastic exploration of what could have been a dry and tedious topic is instead a highly engaging and entertaining page-turning presentation further enlivened with numerous period illustrations that perfectly accompany comprehensively researched text. Excellent backmatter rounds out this fine effort.

An outstanding biography of a brilliant and fascinating man who is well worth the attention.