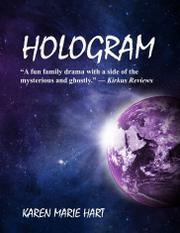 An entire family is subject to spectral visitations, including a precocious boy named Billy, who would rather be doing laboratory experiments and building robots instead of ghost busting. In fact, Billy guards the house with his robot dog, rigged to bark and take pictures of would-be burglars, which may prove to be helpful. Billy’s father, William, seems to be haunted by Billy's deceased mother, Mary, and her dog. Wraiths do seem to linger over William, who is almost too careful with his children. This timidity makes Billy resentful, especially since William appears strong and capable with his second wife, Janet. The contrast is sharpest when William spends more time inside their home, suggesting that the house itself may have an evil hold over the family. While Billy, William, Janet and the youngest child, Helen, cope with potentially evil spirits, other elements come into play. William and Janet are suspected of murdering Mary, which is a more concrete and possibly even more dangerous threat to the family. Each chapter is intricately fitted into time and space, so readers can follow the precise thread of the plot as it unspools. An overemphasis on superfluous details can detract from the impact of an otherwise tense mystery; for example, an inventory of characters’ medications sometimes assumes precedence over story. Fortunately, once momentum takes hold, extraneous information fades.

A fun family drama with a side of the mysterious and ghostly.