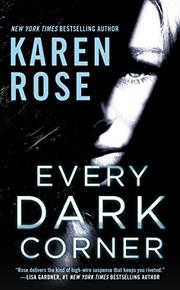 It’s sink or swim when two troubled, love-struck Cincinnati FBI agents dive headfirst into the choppy waters of a drug and child-pornography ring.

Special Agent Griffin “Decker” Davenport is in a coma after he was shot during an undercover sting of human traffickers, and Special Agent Kate Coppola, new to Cincinnati, has been sitting by his side. Sparks between the two fly as soon as he wakes up, and, along with a large team of investigators, they’re on the cusp of blowing a human (specifically children) trafficking ring wide open. Meanwhile, 18-year-old Mallory Martin dreams of escape from the monster that has kept her prisoner and who, when she was only 12, dubbed her Sunshine Suzie, forcing her to “perform” in porn films. There’s only one problem: her 9-year-old sister, Macy. The drug dealer and pornographer who calls himself the Professor warns Mallory that if she tries to escape, he’ll make sure Macy will be forced to do the same things as Mallory, and Mallory would rather die than see that happen. Agents Coppola and Davenport, along with a giant cast of characters, sift through the many (many) clues while the Professor, with the authorities closing in, starts tying up loose ends, including Agent Davenport. Rose (Alone in the Dark, 2016, etc.) explores the dark subject matter with sensitivity, but Kate and Decker’s love-at-first-sight attraction, though steamy, often descends into the silly: Decker frequently gets aroused by Kate just walking into the room. However, kudos should be given for a valiant attempt to round out so many characters. Long stretches of dialogue punctuated by mild action do not make a thrilling read, and new readers will be lost, but fans of the Cincinnati series will probably be happy to see the return of favorite characters. Even a truly vile bad guy can’t give this thriller a jolt.

An overstuffed melodrama that’s all bark and not much bite.