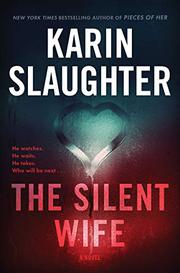 A Georgia prison inmate’s offer to unmask a phone-smuggling operation in return for reopening his pedophilia conviction leads Slaughter’s regulars into an eight-year-old case that strikes all too close to home.

Daryl Nesbitt insists to Will Trent and Faith Mitchell, of the Georgia Bureau of Investigation, that he was railroaded by Grant County Detective Lena Adams and that the sexual images of children on his computer were fruit of the poisonous tree that should never have been admitted into evidence. He certainly didn’t attack Grant Tech student Rebecca Caterino, brutally assault her, and leave her for dead; the real scandals are that Lena, the ranking detective on the scene, didn’t realize that Beckey was alive till GBI medical examiner Sara Linton realized it half an hour after the police came on the scene and that after Lena sent Leslie Truong, the fellow student who found Beckey’s body, walking back to campus, Leslie was raped and murdered before she arrived. Not only are there horrors aplenty along the trail of what looks like a serial killer who may still be notching two victims a year, but revisiting the earlier crimes gives Slaughter, through a series of extended flashbacks, a chance to relitigate the breakup of Sara’s marriage to late Grant County chief of police Jeffrey Tolliver, who headed the investigation that sent Daryl Nesbitt to jail. Slaughter, renowned for her shocking opening sequences, this time reserves the horrors for her unflinching descriptions of the multiple assaults, some of which result in fates worse than death for the victims, and for Sara’s confrontation with a killer who’s both monstrous and all too human.

More slow-burning than most of Slaughter’s shockers, this one will still rattle you down to your bones.