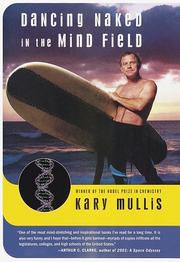 DANCING NAKED IN THE MIND FIELD

Partway through this breezy autobiography, Nobel laureate Mullis suddenly seems like someone you might want to invite to a dinner party—informed, entertaining, even brilliant.

Peruse him longer, though, and you—ll have second thoughts: he’s outrageous, extreme, offensive, and just nutty. First, let’s do brilliant: Mullis invented PCR, short for polymerase chain reaction, the technique for mega-multiplying scant amounts of DNA. PCR technology has revolutionized genetics research, not to mention forensic medicine: it can establish with high probability who was the father, who the rapist, who the murderer. The story of his precocious scientific curiosity and ingenuity (but not exactly how PCR works) is nicely told: Mullis the kid thought it was fun to make stuff that went bang. Then we learn that the gift for synthesizing often turned to a taste for mind-altering stuff. Thus altered, Mullis the Capricorn waxes enthusiastic over astrology, condemning all behavioral science for ignoring the configuration of stars and planets at the time of one’s birth. He admits to having been saved from a combination of antihistamines and nitrous oxide by a lady who traveled on an astral plane to knock the breathing pipe from his mouth. But what really irks is when Mullis pontificates on other aspects of science. HIV does not cause AIDS, he says; we’ve been fed a bill of goods by greedy scientists who are out to make a buck. A hole in the ozone layer? More nonsense. Ditto global warming. Throw in a California lifestyle, surfing, girl-watching, two or three wives, and his belief that we ought to spend money defending ourselves against an asteroid hit, and you'll have a fair description of the mix to be found here.

To his credit, Mullis’ style is pithy and to the point. If only the point made sense half of the time!