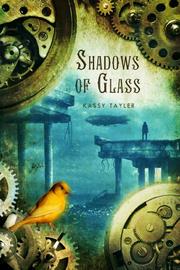 From the Ashes of Twilight series, volume 2

What ought to be a tense story of discovery after escaping a post-apocalyptic steampunk hellscape is overwhelmed by a bland, unremarkable love triangle.

At the end of Ashes of Twilight (2012), Wren led her fellow coal-mining villagers out of the dome that’s imprisoned them for generations. The outside world is not blazing afire, as their rulers have assured them ever since the comet that sent their people into the domes generations ago, during the Victoria era. Though the sun burns their pale skin, and the fresh air (ridiculously) kills many of the escapees, Wren is determined never to go back. Though the events of the first book ended Wren’s previous wearisome love triangle, never fear: A new charismatic young man appears, along with some other outlandish adventurers, to add ponderous romantic tension. Wren’s ogling of all the boys—“[t]he smooth breadth of their chests, the work of the muscles in the back, the dips and curves in the stomachs and hips”—is endless. She’s not even distracted by the nigh-feral attackers outside the dome: stinky, toothless and speaking in a laughable hillbilly dialect (in coastal Wales, these ruffians deliver such gems as “I’m ah-tellin-ya”).

A jumble of characters and stereotypes does not constitute worldbuilding. Skip