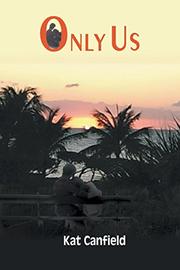 Married life for an American woman and a Saudi prince is shaken by the resurgence of dubious individuals from their respective pasts in Canfield’s (Only Love Twice, 2013) thriller.

Newlyweds Saleem and Madison Kelly Al Abdullah have settled in Knoxville, Tennessee. Several months into their marriage, Saleem hears Sonja Popuolov is looking for him. She’s the 20-something daughter of Sophia, with whom Saleem had an affair years ago. Though he’s always questioned Sophia’s claim that Sonja is his daughter, Saleem has been financially supporting Sonja. To finally verify or debunk their blood relation, Saleem and Sonja agree to meet in Florida, where the Al Abdullahs are planning to buy a winter home. It’s also where Madison worked as a cop before hanging up her badge. Those skills prove essential at Miami International Airport, where Madison spots a car following them. Sure enough, someone has been tracking Sonja since she looked into DNA testing with Saleem. Madison gets help from old police contacts and soon learns the Russian Mafia may be targeting Sonja. But the surprise involvement of an abusive person from Madison’s past may put her in danger as well. Though the novel’s first half is unhurried, a later kidnapping amplifies the suspense. Canfield establishes her protagonists well; their meet-cute formed the plot of her preceding tale. Romantic interludes between the two are convincing and solidify the tension once the initially faceless menace enters the story. Eventual perspective from said villains adds excitement, especially when it seems two independent baddies have identical agendas. Extensive backstory adequately, and sometimes repetitively, explains all that’s unfolding in the present day. For example, Saleem recites details of yesteryear with Sophia on multiple occasions. Some recurrence, however, proves beneficial, like the running gag of Saleem and Madison’s attempts at intimacy, which others repeatedly interrupt.

A gripping tale with a distinctive couple.