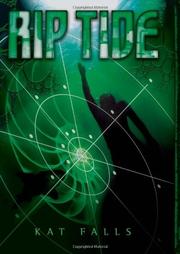 Ty, the underwater settler from Dark Life (2010), has to rescue his harvest, his parents and a slew of ragged surfs in this breakneck adventure.

The other settlers think Ty's parents are crazy for their willingness to do business with "surfs"—the unwanted surfeit population who sail the oceans in floating townships and are notorious for raids, crime and untrustworthy behavior. Were the cynics right? Drift township kidnaps Ty's parents and steals their crop of seaweed. While Ty searches for his parents, he finds signs that something bigger than the kidnapping of his parents is afoot: An entire township has sunk to the bottom of the ocean, its population left to die. Ty and his erstwhile girlfriend Gemma also learn a lot more about the politics of the settlements than they ever expected. Alas, despite Ty's frequent brushes with moral complexity—perhaps the laws protecting the settlement help make things so bad for the surfs they have few ethical choices; perhaps sometimes he needs to look "at the consequences down the line" for society instead of at his own immediate need—the ultimate resolution is all too simple.