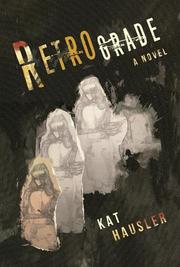 A woman suffering from amnesia doesn’t realize she’s been separated for years from the husband who cares for her in this debut novel.

Helena Bachlein works in advertising in Berlin. Separated from her husband, Joachim, for almost three years, she begins to date again. But after a meeting at a local cafe, she is hit by a truck and lands in the hospital with broken ribs, a broken arm, a broken ankle, and amnesia. Joachim is called to the hospital, and since Helena can’t remember the accident or the past three years, she thinks that they are still together. He doesn’t tell her they are separated and is conflicted about when to break the news. He also neglects to inform her that she has her own apartment and brings her back to his place, explaining that most of her things were put in the basement after a water leak. The internet isn’t working; she doesn’t have a cellphone; and the apartment is on the fourth floor. He contacts Helena’s employer and arranges for her to telecommute, with Joachim returning work to the office via flash drive. A jarring visit from a co-worker named Doro changes everything since she hasn’t heard of Joachim. Helena discovers that she has her own apartment. While Joachim struggles to decide if his attempt at saving the marriage has backfired, the tension intensifies as Helena concludes that she must decide whether she should stay in a relationship that she left behind long ago. Hausler’s novel gives equal time to both Helena’s and Joachim’s thoughts, which is crucial in the sort of psychological drama she has crafted. Careful attention is paid to details that may jog Helena’s memory, including people and places, but also German language conventions. As the story dives deeper into the layers of memory, each word that is spoken or left unsaid becomes important in a cat-and-mouse mind game that gives this pensive story some elements of a thriller. The love that’s described is always on thin ice (“But the moment he touches her, the spell will break, and they’ll just be two people in bed together, without any enchantments”). Hausler’s ability to describe the precarious state of the emotions involved is consistently convincing.

A strongly written tale about resurrecting a marriage under the most unusual and mysterious of circumstances.