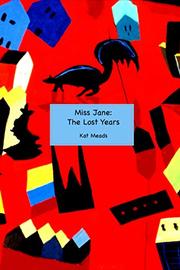 A young college student begins an affair with her history professor in this novel.

“Why is a male teaching women’s history?” That’s what Miss Jane, a “Cracker hick/chick” away at a state university on a scholarship, would like to know when she sits down with her 30 female classmates (and three female teaching assistants) in Prof P’s seminar classroom. Her precociousness does not escape the professor’s notice, as he quickly moves Jane from the study group overseen by TA Alice to his own. Prof P is a popular, hip teacher, the kind who holds his classes outside and tosses his students’ notebooks across the lawn, haranguing them not to scribble but to think. He is a divorced father on the cusp of middle age, and Jane is the ninth of his “college gal projects,” easy conquests due to the power imbalance between teacher and pupil. Jane can’t help but be flattered by the attention Prof P heaps on her. Anyway, he’s easier to talk to than hookup partner and fellow student Seth B. Despite the warnings of her ambitious roommate, Cinda G, Jane allows Prof P to seduce her before finals. She feels deeply confused about the affair while home for Christmas break but then accepts Prof P’s offer to move in with him when she returns to school the next semester. As Jane becomes more deeply embroiled in Prof P’s world—his colleagues, children, and the complicit echo chamber of the academy—the situation threatens to upend her education and cause more lasting damage: “With Miss Jane nightly in his bed, Prof P’s mission grows exponentially more ambitious. To subdue a body, one thing; to reprogram a mind, a thing far grander.” Meads’ (In This Season of Rage and Melancholy Such Irrevocable Acts as These, 2016, etc.) prose is playfully postmodern, layered with linguistic tricks and dripping with self-awareness. The narrator is a Greek chorus animated by the righteous indignation that the confused Jane does not yet possess: “Thematically we will stay the course. Power politics. Sexual politics. Age versus youth. Authority’s manipulation of head-to-pubes-to-toe confusion. The world’s themes do not change, why should they here?” The novel is short, but nearly every sentence is imbued with a wry, astute, or lyrical comment. While at first the whole thing feels highly satirical, the characters are slowly revealed to possess unexpected complexity, particularly Jane and her fellow students. Even Prof P, who is not at all sympathetic, is frighteningly believable. Meads endeavors not simply to show how such an affair comes about, but also how much damage it can do to the younger party. She provides a response to the many campus novels over the years written from the (usually permissive) perspective of the lecherous professor. Though the story takes place in 1969—and many of the barbs, such as Prof P’s Greek fisherman’s cap and turquoise necklace, are aimed specifically at that era—the book feels incredibly relevant to today’s reckoning with powerful men’s sexual abuse of the women around them.

A sharp and tightly crafted tale of campus exploitation.