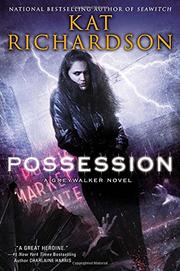 Following a near-death experience, Harper became a Greywalker with the ability to see and enter a paranormal dimension inhabited by ghosts and other, much more malevolent, entities. This time out, a frantic lady named Lillian Goss contacts Harper. Lillian’s sister Julianne, whom Lillian looks after, is in a persistent vegetative state—when she suddenly sits up and begins to paint. Lillian fears Julianne may be possessed. Observing the patient, Harper finds Julianne’s attracted a dense cluster of ghosts, some of them very unpleasant characters indeed; Richard Stymak, the medium Lillian brought in, is plainly overmatched. Harper discovers two other PVS patients in Seattle. One of them roused himself and writes compulsively; the other exhibits pictures and text all over his body. Ghosts swarm about both. All three are connected by some form of involvement with the State Route 99 tunnel currently under construction. Moreover, Harper’s boyfriend, Quinton Purlis, has absented himself in order to try and tackle his father, James. Purlis Senior, a thoroughly nasty piece of work, is a spook running a black op somehow connected with vampires—at least, high-ranking, intimidating vampire Carlos, an old acquaintance of Harper’s, believes so. Perhaps most disturbing of all is the thread leading back to one of the darkest episodes in Seattle’s history. Distinctively well–fleshed-out characters and an absorbing, logically constructed plot lift this one, and the series, above the supernatural average.

Greywalker fans and curious newcomers both will feel welcome.