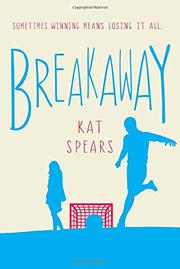 Four best friends drift miles apart as each of them struggles to come into his own.

Jaz, Chick, Mario, and Jordie form a tightknit group both on and off the soccer field. But when Jaz’s younger sister passes away, he’s caught between his own mourning and the weight of his mother’s inconsolable grief. Soon Mario, Jaz’s closest confidant, ditches the group in favor of getting high all the time. Then Jordie shifts his focus to his clothes, his car, and his new girlfriend. And Chick, who desperately needs his friends in order to feel anchored to the world, starts talking to himself. Facing poverty, grief, and absent parents, Jaz welcomes physical fights to numb his pain. But then a girl named Raine turns his world upside down, leading him down his own new path. It seems impossible the group will come together again, even when they need each other the most. Jaz and Raine’s relationship develops at a refreshing slow burn, fueled by unrivaled banter. There’s not a single canned emotion to be found; each boy’s pain is visceral and true to his character. Readers will be hard-pressed to find a more realistic portrait of friends finding themselves while losing one another.