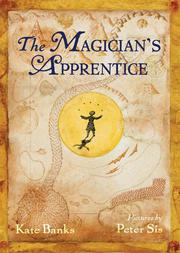 The traditional Middle Eastern village in which Baz lives offers no opportunity for advancement. His father is a skilled woodcarver, but that does not seem to be Baz’s destiny. He longs for anything that might bring adventure or even just an interesting break in the routine. After all, both of his brothers are learning trades far away. So when he is offered an apprenticeship, he is anxious to meet his future. There is an inevitable progression to Baz’s journey, not only in distances traveled, but in lessons learned. Each of his masters, whether kind or cruel, has something to teach him, but it is Tadis the magician who has the most impact on him. During their travels together, Baz is exposed to people of many skills and personalities, and he experiences natural phenomena ranging from desert storms to earthquakes. From all this he learns patience, concentration and empathy. Herein lies both the strength and weakness of the work. Banks’ lilting, soaring syntax and sympathetic characters and Sis’ intricate, exquisite little illustrations do not completely compensate for the overly mystical obscurity of Tadis’ nuggets of wisdom. Although everything turns out well for Baz, young readers may not really understand how it all came about.