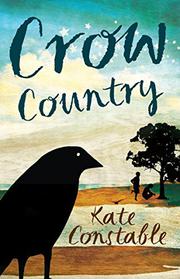 After moving to the country, an Australian teen travels back in time to right old wrongs involving her family and a threatened aboriginal site.

When her single mum, Ellie, sells their house in Melbourne and uproots them to the isolated lakeside town of Boort, 13-year-old Sadie’s angry and lonely. Ellie’s at home in Boort where she spent childhood summers and soon reconnects with David, a former boyfriend who’s aboriginal. As Ellie and David start going around together, there’s obvious racial bias among the locals. Meanwhile, Sadie discovers a circle of standing stones covered with ancient aboriginal carvings in a dried-up lake bed, triggering the appearance of a talking crow who warns Sadie, “This is Crow’s place.” Haunted by Crow’s message, Sadie repeatedly slips back in time to 1933 to uncover the truth about the murder of an aboriginal man who tried to stop the flooding of his sacred land. When the current white owner of the land wants to misuse it as his ancestor did, Sadie must prevent history from repeating itself. This neatly structured story relies on aboriginal folklore, enduring racial biases, betrayed friendships and a perceptive heroine who knows the difference between right and wrong.