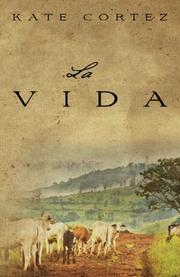 A lawman and a landowner’s daughter form an alliance in Cortez’s debut romance set in the Old West.

The novel begins with a staple of Western fare: a town under siege and in need of a champion. In 1883, retired U.S. Marshal Tylor McBain rides into La Vida in northern New Mexico, en route to Fort Griffin, Texas, for a job. He’s seeking respite from people who are trying to kill him. His horse has thrown a shoe, however, so he looks for a blacksmith—and instead finds the town’s mayor shot and bleeding in the street. It turns out that bandits have been terrorizing La Vida, possibly assisted by one of the locals. In a stirring sequence, Tylor confers with the dying mayor behind closed doors before stepping out into the sun, wearing a silver star. Among those seeking Tylor’s help is the beautiful Abigail Harrison, who lives with her family on a ranch called Casa Antigua. Soon, the smitten Tylor reaches out to her for assistance with Spanish translation; later, he offers an informal assistant job to young Breanna Simms, who seems equally interested in La Vida’s newest arrival. Abby’s gruff father, Charles, is adamantly opposed to her associating with the marshal, as is ranch foreman Rufus James, who has a lascivious eye and a mean streak. However, with the help of her mother, Carmen, Abby makes her way to town disguised as a boy in order to meet with Tylor. Although it appears that she and Tylor are altar-bound, they don’t wait for the marital bed to express their love. Unlike High Noon, the classic 1952 film in which a marshal faces a gang of killers alone, the townspeople aren’t cowards but merely awaiting a galvanizing force. Tylor becomes that force, thanks to Abby’s emotional plea. Abby, meanwhile, is an assuredly feminine heroine who stands by her man—if need be, with a gun. Throughout the narrative, many other townspeople play significant roles, including 7-year-old Elijah Jenkins, who has “a nose for trouble.” Overall, this charming novel offers a fresh mix of familiar genre chestnuts along with some not-so-chaste love scenes.