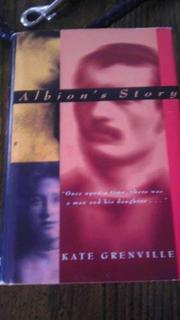 Australian Grenville triumphantly returns to the setting of her memorable debut novel (Lillian's Story, 1986) to trace the development of Lillian's father—a turn-of-the-century bourgeois whose public arrogance and private terrors wreak havoc on those he should have loved. ``This is Albion Gidley Singer at the pen,'' Grenville's protagonist announces at the outset of his story, ``a man with a weakness for a good fact.'' Facts are indeed Singer's obsession, having proved invaluable in shielding him from his own unacceptable emotions: early yearnings to join his devoted mother's mysterious, silky world; the terror he felt from his distant, disapproving father; the confused encounters with the raunchy prostitutes and ``proper'' young women who populate his upper-middle-class bachelor's existence. Initially a tongue-tied social outcast, Singer uses his intellect to learn to navigate the world of human sociability: painstakingly recreating the facial tics that indicate emotion; relying on the Darwinian theory of natural selection in choosing a wife; and immersing himself in the careful, scientific management of his inherited stationery company. His success entitles him, in his own opinion, to scatter his seed among a bevy of prostitutes, regularly rape his wife until she has borne him an heir, constantly criticize his bright and rebellious daughter, and berate his disappointing son. Despite these satisfactions, by middle age the strictly disciplined existence of the successful paterfamilias has left Albion secretly bereft, feeling like ``a man in the act of turning into air.'' His true self finally emerges in the violent betrayal of his young daughter, Lillian—after which Albion Gidley Singer embraces, almost with relief, the loveless, solitary existence he always suspected he deserved. A masterful, sharp-tongued portrait of an individual and an age. Grenville's fiction is impossible to put down. (Author tour)