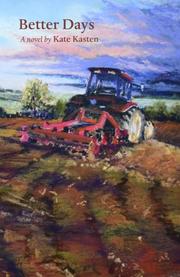 This nostalgic view of pastoral life on an Iowa farm delivers the warm fuzzies without sentimentality.

Cal and Helen Earlywine have spent a lifetime working the land and raising a family, but tragedy has shadowed much of their lives. Twenty-six years ago, their son Tom was struck by lightning and killed while helping Cal plant a field. The tragedy complicated an already fraught relationship between Cal and his remaining son, Wayne, an artist who showed no interest in taking up the family’s farming business. Now, with Cal’s ailing hip threatening his mobility and his mood, Helen is having second thoughts about the once-jovial man she married. Enter Nancy Bannister, town booster extraordinaire. Her plans to build a revenue-generating corn maze on the parcel of land where Tom died could either be the poultice Cal needs to begin to finally come to terms with his son’s death or an abomination that disgraces Tom’s legacy. A picturesque yet sober look at a quickly retreating American archetype, Kasten’s (Ten Small Beds, 2011, etc.) portrayal of rural life ably situates readers in Cal and Helen’s world, often skillfully shifting between their perspectives to untwine a thorny issue. But the narrative often lacks the gravitas to really connect to readers. Throughout, Cal and Helen contend with a variety of obstacles—with varying degrees of success—that have the potential to derail their comfortable lives, but independent of the outcomes, the momentum remains as flat as the land the Earlywines have cultivated for generations. Still, there’s plenty to like here. The bristly relationship between Cal and Wayne is well-articulated, the evolution of Nancy’s corn maze from idea to reality is fun to watch, and Helen’s struggle to come to terms with her beloved older sister’s Alzheimer’s is both illuminating and touching.